Why is Jesus' resurrection important?

Jesus' resurrection proves His victory over sin and death. Because He lives, believers can have new life in Him! 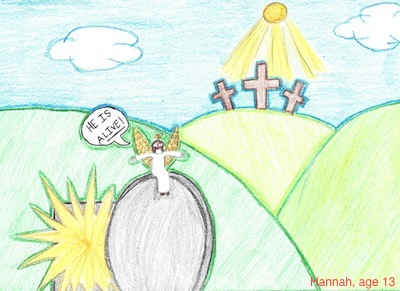 Resurrection means to come back to life after death. Jesus died on the cross for sin, but He came back to life three days later. Jesus' friends found His tomb was empty, and then they saw and even touched Him. For 40 days, Jesus proved He was alive and taught His followers. Then, Jesus went back to heaven to be
with God.

But why is Jesus' resurrection important? Why couldn't Jesus pay for sin by dying on the cross and then stay dead? Here are four reasons:

1. If Jesus had only died and never been resurrected, His death would have been like the normal death of a human. But the resurrection shows Jesus is both a man and the Son of God, with the power to come back to life. (See John 10:17–18.)

3. The resurrection proves God the Father accepted Jesus and His saving work on the cross (Acts 17:31). As God gave Jesus new life, He also gives new life in Christ to believers who were dead in sin (Ephesians 2:1–6). God saves believers who turn from sin and trust the Savior and Lord Jesus (1 John 1:9).

4. The resurrection shows God will give believers life again after they die. Just like God gave Jesus a resurrected body, God will one day give all believers perfect, resurrected bodies to live forever with Him. (See 1 Corinthians 15:35–57.)


Your Next Move!
Is Jesus the only way to be saved?