Was Jonah really swallowed by a whale?

Yes, the story is true! 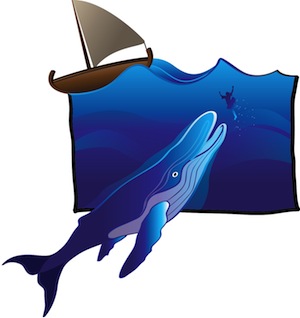 Some type of fish, whale, or shark—probably a sperm whale or a white shark—swallowed Jonah. It's hard to believe that a person could survive being swallowed by a fish, but God can do anything! God created the heavens and the earth, so it wouldn't be a big deal for Him to take care of Jonah for three days inside a fish and then put him back on dry land.

Jesus talked about Jonah's being inside the whale, and he didn't call it a made-up story. People who study the Bible and history also believe that stories written by a man named Berosus were really stories about the very same Jonah. This adds support to the story we know is true because it's in the Bible. God does amazing miracles in order to make sure everything He wants to happen comes true.

Bible Truth
"But the Lord sent a huge fish to swallow Jonah. And Jonah was inside the fish for three days and three nights" (Jonah 1:17).

"Jonah was in the stomach of a huge fish for three days and three nights" (Matthew 12:40a).


Your Next Move!
Why did God give us the Bible?

Learn More About the Bible!